In September, in the heart of forest industry of the Irkutsk region - Bratsk city- was held an international exhibition of woodworking industry latest achievements «SibWoodExpo». The exhibition traditionally demonstrates modern technologies and developments for production of industrial equipment, machine tools, equipment for wood processing, sawmill equipment. The event brought together more than 50 participants from 7 countries: Russia, Germany, Austria, Finland, Sweden, China and Estonia, which indicates a high interest from foreign partners and importance of holding this event. «SibWoodExpo- 2019» received a lot of positive feedback both from business program participants and exhibitors as well as from numerous visitors.

Traditionally, right after summing up the results of past event, Sibexpocentre began preparations for next year's exhibition, which will be held in Bratsk again from September 9th to 11th , 2020.

On November 5th , a meeting was held in Bratsk City Administration on preparation for «SibWoodExpo-2020» exhibition, Among the participants there were the mayor of Bratsk city Serebrennikov S.V., General Director of JSC “Sibexpocentre” Shapovalov A. G., Acting Rector of "BrSU" I.S. Sitov, Deputy Mayor of Bratsk for Economics Yakovlev A. A.,etc. At the meeting summed up «SibWoodExpo-2019» exhibition and discussed the prospects of the next one. 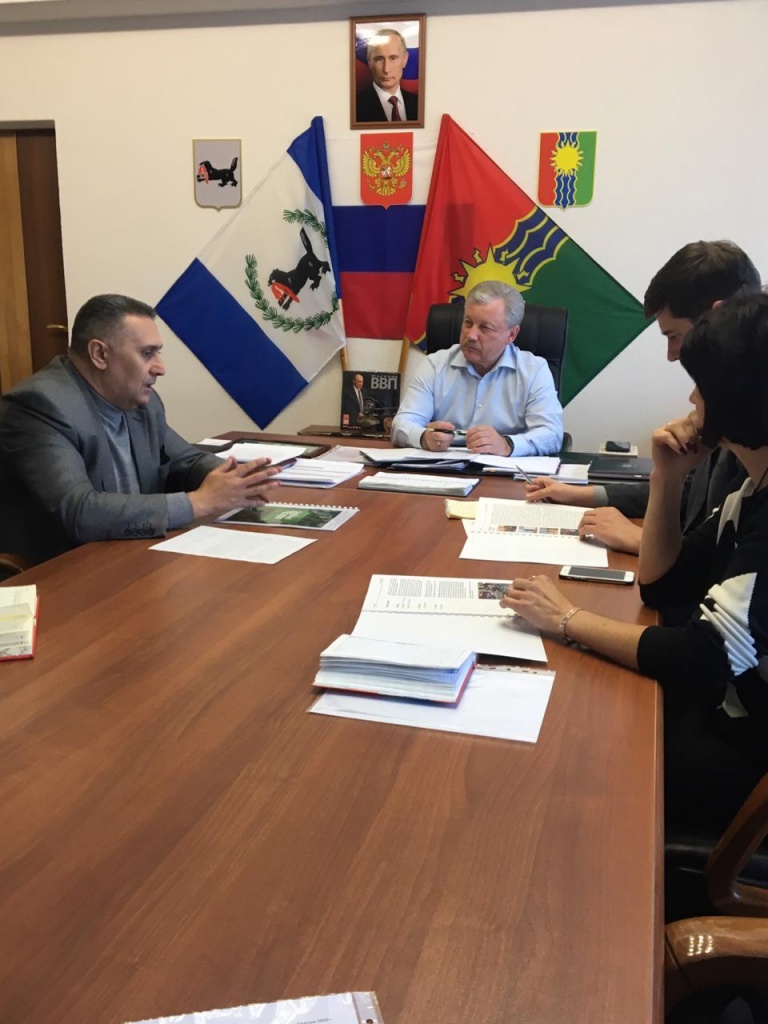 Despite the fact that exhibition was held in Bratsk city for the first time, Bratsk Administration and Sibexpocentre managed to jointly organize and conduct a full-fledged interesting event, positively affecting on the development of timber industry in our region, as well as the image of Bratsk city, in which, we hope, the exhibition will be held annually. According to the participant’s feedback not only from Russia, but also from Austria, Germany, Sweden, Finland, Estonia, China, the decision to hold an exhibition in Bratsk was really correct, and 2/3 of exhibiting companies have already booked their participation in «SibWoodExpo-2020». And we do really appreciate the help provided by Bratsk city Administration and Bratsk State University (BrSU) this year in organizing the exhibition and we are very glad that we can count on their support for 2020 year as well. 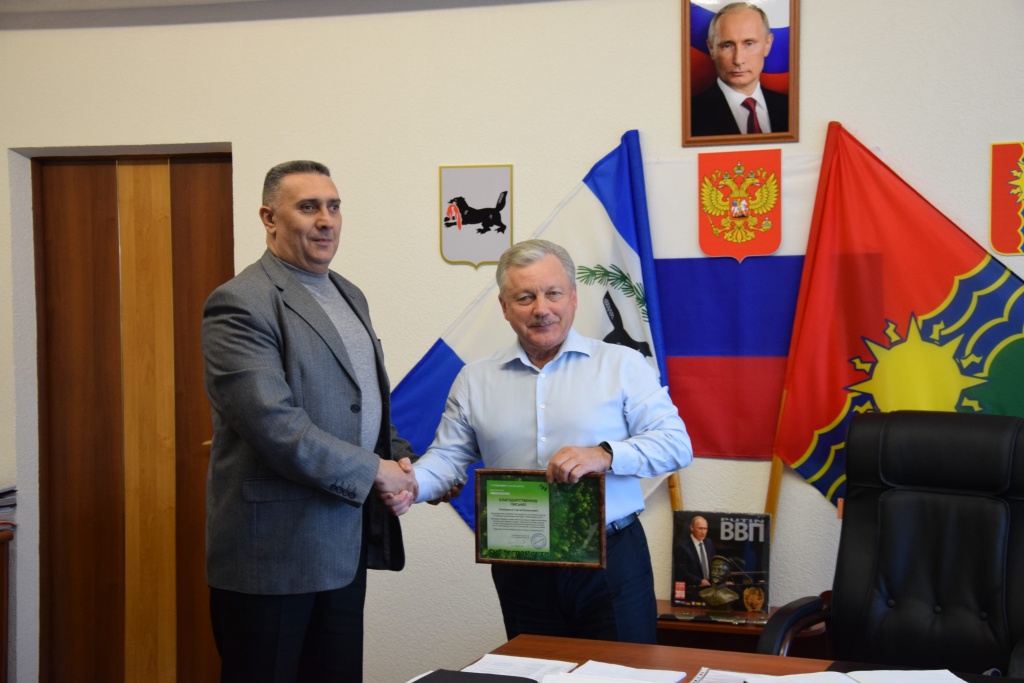 One of the main features of exhibition will definitely be business program, which is now actively prepared by joint efforts of Sibexpocentre, BrSU and German House of Science and Innovation (GDNI), with which Sibexpocentre has established partnerships. The German side is actively involved in creation of business program. It will attract speakers, scientists and specialists from German universities and research centers dealing with forest processing, reforestation, forest fire fighting technologies, as well as specialists from the Federal Ministry of Forestry of Germany. Sibexpocentre, BrSU and State Scientific Research Institute plan to hold a major event in Bratsk with participation of German and Russian forest experts from research centers and universities, whose experience and practical knowledge will certainly be useful and needed by forest industry professionals and put into practice for work in the forest.

In addition, OJSC “Sibexpocentre” is holding negotiations on participation in preparation for exhibition of another structure of Germany in Moscow - Russian-German Chamber of Commerce. “Sibexpocenter “OJSC is a member of this international organization, which contributes to promotion of modern technologies in various sectors of Irkutsk region economy (energy-saving technologies, processing and disposal of industrial and household waste, etc.).At the moment, there is a discussion of possible format for participation of specialists and German manufacturers of timber processing equipment at the «SibWoodExpo- 2020» exhibition.

Representatives of relevant universities from Russiae are also planning to participate. Zhuk Artyom noted: “In the framework of cooperation with German House of Science and Innovation, we contacted colleagues from specialized universities, which are located on the territory of Russian Federation, and now we are starting to receive feedback from them. To date, more than 10 universities have confirmed their participation in exhibition business program , including St. Petersburg State Forestry University, Siberian State University named after Reshetnev (Krasnoyarsk), Ural State Forestry Engineering University (Ekaterinburg),etc. At the moment, we have identified three main areas in which we plan to organize round tables and conferences: logging and deep wood processing, reforestation and forest fire control, construction and operation of timber roads. ” 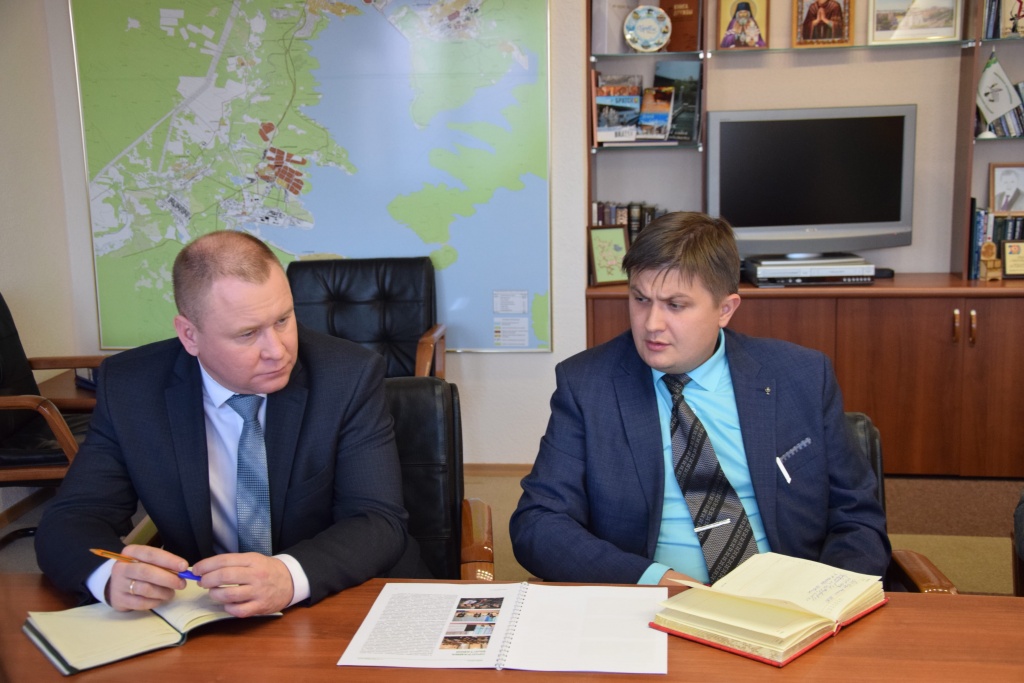 Also, during the meeting, numerous issues of technical equipment of Bratsk-ART were discussed, the solution of which will allow attracting even more participants next year. The administration of Bratsk city is ready to offer potential foreign investors a number of investment projects and organize their discussion.

In preparation for the 2020 exhibition, another meeting will be held in Bratsk, in which local companies working in the field of timber processing and logging will take part. The purpose of meeting will be to update the agenda of exhibition's business program.

Summing up the results of the meeting, we can say that all parties interested in successful holding of exhibition are working to ensure that this event takes place annually in the city of Bratsk, and “SibWoodExpo” has become one of the main exhibition and business events in forest sector among the Ural Federal District, the Siberian Federal District and the Far Eastern Federal District.

«SibWoodExpo-2021» invites you to the Bratsk city.

On April 14-16 specialized exhibition ‘Transport and roads of Siberia. Special equipment’ will open its doors at the ‘Sibexpocentre’

Choose a resource for placement: